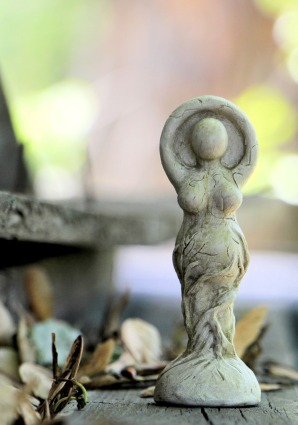 Rituals are the transcendental diving board on which we run, balance, aim, and launch ourselves into a refreshing cosmic pool of self-awareness. I’ve always personally subscribed to writing my own unique rituals for each Sabbat at my Church. My rituals are considered to be “2.0” which means that it requires some basic knowledge of how raising energy works, the deities involved, and also focusing on where that energy goes after it is raised. This is not a mandatory requirement and I would much rather use a ritual’s focus to help instruct and train others into making their own personal connection with forces rather than just going through the motions of an elaborate ritual. Usually, I am afforded the opportunity to coach those involved in the ritual on how to raise and direct this energy to have the best possible effect. Everyone in the sacred circle is much like a key ingredient to a recipe and lends a unique flavor to each ritual based on his or her skill set.

That being said, not everyone is able to perform the same as the person that is standing next to them. That’s okay, though because it gives me an even more valuable opportunity to teach.  The mission of my rituals is not based on solely on the proficiency of those involved. In fact, I enjoy incorporating people who are not used to practicing regular ritual in my spiritual journeys because the gain from having people transcend their limitations is much more impactful than making a “pretty” or “dramatic” ritual. I will often have people who have never spoken during ritual add their unique spice to the situation and I have the opportunity to encourage them to go further down that Path to have them evaluate where they fit into that chosen spiritual practice.

Listed below are the rituals I’ve chosen to share. You may use them as a reference to writing your own rituals, however, these are mine. They may not be used in part or in whole form without express written consent from me or Deeply Rooted Church. I take a lot of time to write and blend the exceptional personalities of my Tribe into my rituals so I do not want these rituals replicated without my knowledge. If you have any questions on writing your own rituals, please don’t hesitate to contact me.