I’ve always been attracted to the Trickster deities of various pantheons. For myself, Raven of the Northwest Coast Native American pantheon has always been of particular interest due to His way of tricking people into stepping outside of their comfort zone in order to teach them what they are capable of along their path. I’ve always been fond of the Heyoka empath or the “sacred clown” who uses their empathy to draw out what lessons a person needs to learn based upon what their fears or hesitations are inside of their own mind.  While I have spent my life being wild and chaotic, I have never actively embraced the Path of the Aesir Loki and what lessons He might have for me.

Loki has always been one of those deities that I have handled with great care. I’ve had many Tribe mates that have warned me about interactions with this God and I have always followed those warnings because of my respect for my peers. He certainly isn’t a God you’d want to insult or ignore because of the nature of His character. Loki is rough and rowdy and can cause great damage when provoked. I can’t think of a single person who has interacted with Loki in an arrogant manner and come out of it alright; Loki is always more than happy to teach mortals the valuable lesson of humility and true expression of the concept of Chaos.

In the course of my learning, I’ve also never been one to disparage Loki either. Just because I never saw myself directly working with Him, doesn’t mean that I think Loki is a deity that should be ignored. I’ve always seen Loki as a necessary part of the ecosystem of Gods and Goddesses. There has to exist a form of Chaos that changes the field so that heroes and Gods can rise and overcome their challenges. I had always felt there was no direct reason to summon Loki because Chaos and change were as inevitable as the rising sun and so calling out to those forces was asking for an intentional smack to the face.

I realize that I may have been in error as Loki made an unexpected appearance this weekend in order to teach me a lesson about myself and the world around me. One of the struggles I’ve been encountering along my path is the ability to “go with the flow” or “roll with the punches.” I can process lessons quickly and fully, however, sometimes because of this inability to suddenly change what I thought were my core mental processes, I stumbled. I would intellectually accept an idea, even put it into practice through actions, although I was hardly letting those lessons seep into my core personality by accepting that I had been wrong in the first place. My inability to accept my current circumstances made it impossible for these lessons to stick around for very long and only over the course of the last year have I finally been able to make any kind of progress in my Path by embracing the fact that I am not always right.

This weekend, I traveled to Deeply Rooted Church, I went with the intent of performing a ritual to help myself further understand all of the great lessons that I have been learning along my way. I gathered my tools up and went out to the stone Circle to perform my personal ceremony. As I was twisting, turning, dancing, and drumming my way around the Circle, I called out to a litany of deities that I work with on a regular basis. I found myself calling out to Loki very unexpectedly. I more or less almost stopped my ritual based on the fact that I had surprised myself in the middle of my trance session. Summoning my courage, I decided to keep going with the ritual to see where this Path was taking me and what I could learn from my subconscious.

Later that day, I went to a Pagan store with one of my Tribe mates. It’s a lovely little establishment in Merrill, WI called River’s Edge. They have a fantastic selection of metaphysical items and one such item called to me. I walked over to a spot in the corner of the store, accompanied by my Tribe mate, and watched as he picked up the chalice that I had been looking at from across the room. My friend had grabbed the base and while we were both trying to figure out which of the Aesir was portrayed on the surface, the thought occurred to me very loudly in the back of my mind. My friend kept insisting that it was Odin and I shook my head. This God had two eyes and they were both intently gleaming at the odd couple who had chosen to pick up the chalice. As my partner removed his hand from the base, the stamp upon the bottom was clearly marked “Loki.” I blinked for a moment and stared in wonderment.

Here was Loki again. He was making an appearance again in my life and after the ritual I had done in the morning, I was not going to ignore a second sign. What was Loki trying to tell me? As I stared at the chalice, I told Loki that I didn’t want any more Chaos in my life and that I had enough with what I was currently experiencing at home and at my church. I walked away from the purchase of the Chalice, however, the lesson continued to follow me all weekend. Things not going as they were expected to go and I allowed myself to roll with the punches instead of spending time lamenting on how they should have gone.

Loki was teaching me that there’s always this great idea in our head of how things are supposed to go yet the universe rarely allows these plans to go forward. Humans can be egocentric and I am certainly one of those people that occasionally get lost in the delusion that everything revolves around me and that this entire world was created for me to learn only my lessons. I think we all get trapped in that delusion from time to time in varying degrees. Loki reminded me that Chaos, the necessary change of the universe, shifted and rolled like a serpent and existed to challenge us so that we can rise. Spending time and thought on the past and the idea of how things should be was a wasted effort and required more energy than I had to give.

Having to abandon a mental process quickly in order to deal with the current moment has always been a struggle for me. I tend to get very focused on a certain idea and proceed forward without any regard for what is going on around me. Sometimes this is a huge strength when I have to deal with death or sickness. Other times this is a huge hindrance when I am stuck on something and the person I am interacting with is not there yet and I tend to drive my point into them without regard to where they are in their journey. If I want to be better Clergy to my Church, I need to embrace Loki and roll with that change in order to effectively communicate and heal. This same method works internally as well, instead of being stuck on something and grinding on it to the point of self-damage, I need to move on and think of something else that does serve me in the moment.

Our lives are a sea of moments that are linked by our memories and thought process. The present moment is to be focused on most intently because it gives us an idea of where our course is supposed to go. It might not always go in the direction that we originally perceive and yet it is up to us to recognize these changes and move on. It means letting go of people, places, things, and habits that do not serve us and strategically thinking of what will enable us to move forward through any situation. I can’t be crying about the ocean when I’m stuck in a desert, the action of being helpless to my surroundings speaks of self-destruction. I can only accept that I am in the desert, I need water, and do whatever is necessary to find that water.

The same is true of my heart. Through meditation, I found that my heart has healed from the many pains of the past yet I have not consciously acknowledged this within myself. My actions and thoughts speak of this pain, so I need to course-adjust to be able to physically accept this change that has occurred within instead of following the same Path with no substance behind it. I have healed. I have recovered. Now I need to start acting like it. This means physically changing my words, actions, and going down different rabbit holes that enable me to grow instead of stagnating.

While I have worked with Aesir such as Tyr, Odin, and Freya, I never saw coming the valuable lesson that Lord Loki was able to bestow in just a few light touches of clarity. My thanks to you, Lord of Chaos. What do you think of Loki? Do you see His the value of this lesson as expressed through embracing the Chaos in our lives or does Loki represent something different to you? As always, thank you for reading and May your Path be crystal clear.

One thought on “Embracing Loki – Overcoming stagnation by accepting change.”

The amber rays of the dying sun blew across the Skylord’s back. Feathers rustling, birch leaves chattering & gossiping Cloaked in shadowed airfoils, spanning in either direction His pinfeather guise every element unleashed with ambivalent form Harmony. Earth. Fire. Water. Air. Speech. Skylord retired from His lonely perch Gullywashed, the Queen, called to He The […]

This was created for a fellow Pagan, Sister, and dear friend. May this offering bring them the healing they seek. If you need one for yourself, please contact me via deeply-rooted.org website, FaceBook, or leave a comment. These services are always free – however – I’ll always accept bottle caps, empty jars, herbs, candles, eggshells, […] 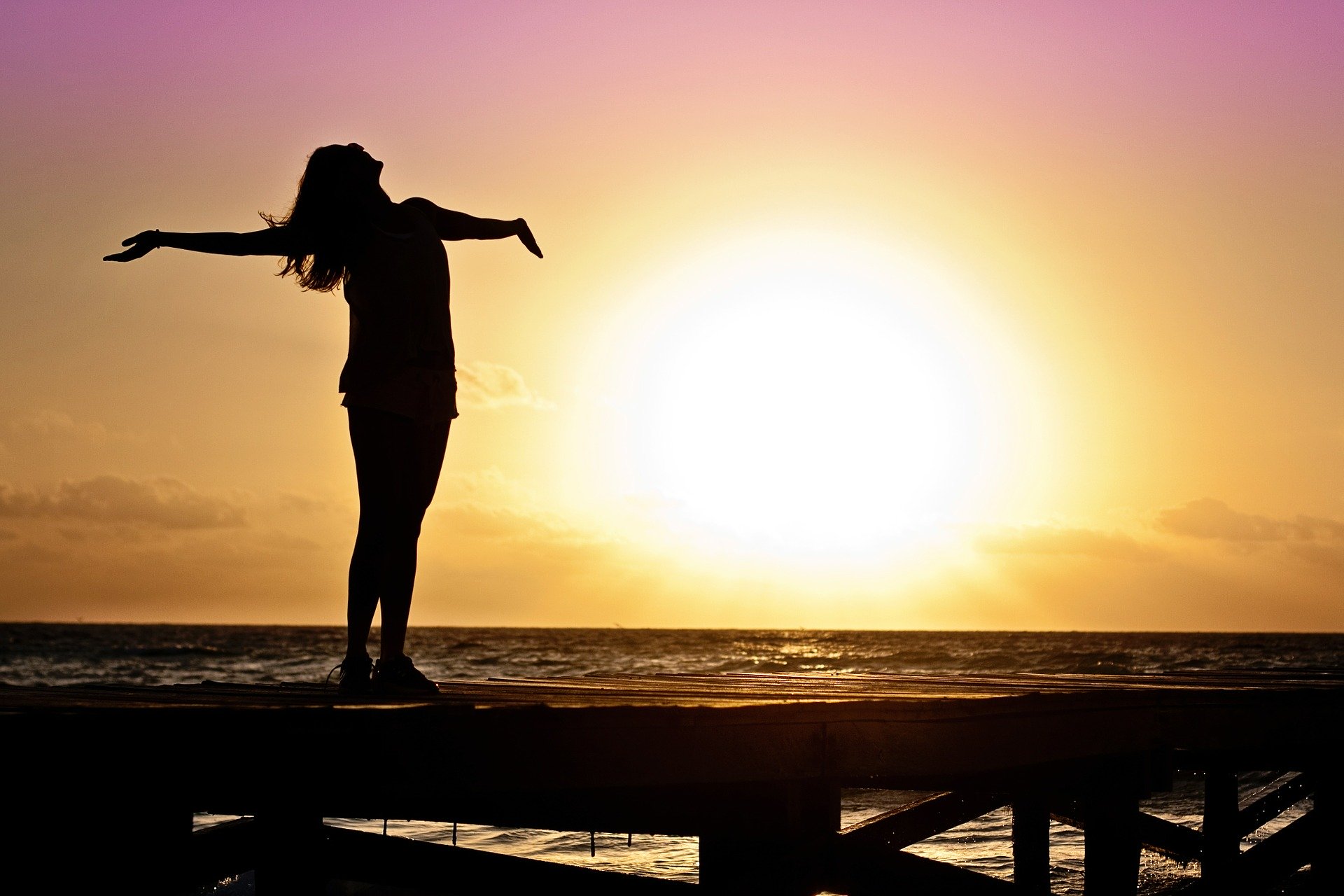 DISCLAIMER-This is SATIRE. Follow the law, God, the voices in your head, RED OR BLUE. Take what you will from it. Views expressed by: Kimberly Frank Kim Frank Shining Quill the Unicorn Are solely the OPINIONS of said individual and do not represent DEEPLY ROOTED CHURCH, her members, staff, or the land. Read this blog […]

It’s political, a vote in another direction. I can’t abuse my truth. Or the rust, no trust, given to serve. So I’ll take the fall, even if I swerve! Give these people another chance. We can only be free by ownership, taking the first step Shining Quill doesn’t close doors, SHE SMASHES THEM!

It got overloaded, I thought the MOTHER imploded, Little golden maze and mine, Emerald green hubs of information, World, Wide, WONDERFUL. Words have power, not in this hour, or time, or space For I am the broken ace. Hermes, MESSENGER, take a note, It’s time to make these PAGANS float. Wood, fire, twine, and wind! […]