The definition of syncretism as it relates to this article has been taken from the Merriam-Webster dictionary:

:  the combination of different forms of belief or practice

I remember the moment that Paganism crept into my life as a little four year-old girl as clear as it was yesterday. My aunt, who wasn’t even remotely the kindest person in the world to me handed me a large, crimson cloth-bound tome filled with strange pictures of people. It was her way of keeping me occupied when she was given the task of watching over me in my grandmother’s stead. The book, whose name is lost in childhood memories, instantly had my attention as I thumbed through the pages. Each of them was intricately painted and featured an article beside them with words I could not yet read. I was spellbound by the images that I had never beheld and so mesmerized in my new discovery, I had yet to realize that my aunt was getting ready to leave.  When I asked my aunt K who these bizarre looking characters were, she responded in exasperation, “Those are the Gods!” I took a deep breath as she slammed the door and headed out to the bar, abandoning her baby-sitting responsibilities but unknowingly empowering her forgotten charge.

Thumbing through the pages of that book, I went on a childhood adventure of these extraordinary beings simply called “The Gods.” Deities of every imaginable culture were presented before my eyes in wildly distinct ways. While I was being raised Roman Catholic by my Sicilian family, I had yet to form a bond with the imagery presented in the large churches and cathedrals of New York City. While I did have some enthusiasm regarding Virgin Mary, I look back as an adult and see the parallels between Her and the Goddesses of Paganism. Certainly an educated individual can see many commonalities between the relationship of Mary/Jesus and other Mother/Son relationships such as Maya and Gautama Buddha or Isis and Horus. Christianity in the mainstream culture does not like to acknowledge such comparisons and offers a more distinctive approach to their faith. Anyone willing to dig deeper and do the research will at once recognize familiar themes that seem to echo and repeat throughout the course of human culture.

It causes the Pagan mind to wander on such concepts such as syncretism. While many Pagans do subscribe to eclectic beliefs, many of the interactions during ritual work can tend to be factional in nature. This does not apply to all Pagans but a great deal of beginners and some of the more weathered practitioners tend to stick with one pantheon. It’s important to know what individual assumption that the practitioner subscribes to when speaking of cross-pantheon worship and the incorporation of different cultural ideas in daily spiritual life. Understanding the relationship of syncretism in our daily interactions with our deities can boil down to two separate forms of thought:

Soft Polytheism – “Soft polytheism” refers to a belief system in which the gods are not separate. In soft polytheism, a single deity might be choosing to manifest itself in different ways in order to reveal different things about itself and such like.

Hard Polytheism – “Hard” polytheism is the belief that gods are distinct, separate, real divine beings, rather than psychological archetypes or personifications of natural forces. Hard polytheists reject the idea that “all gods are one god.”

Just about every Pagan folk you’ll come across will have an argument for both sides of this equation. In truth, it can’t be answered simply. Historically there are many universal themes out there regarding the Gods from every single culture. No matter how far or divided by natural circumstances such as distance or even time, there are deities and Magickal concepts that bare an eerie resemblance to each other that is undeniable. There are even some out there in our spiritual dynamic that have never heard of this concept and in truth, I wish for this article to get people reading and understanding more of the flesh of their chosen faith.  As reclaimationists and historians, Pagan culture should have a clear understanding of these notions even if they do not agree whether there is one God with many different aspects or many Gods with distinct and unique personas. It’s part of our culture to always be learning and questioning the everyday and never becoming complacent in nature.

But what of the practical application of syncretism in Magick and worship? Would you engage Horus and Seth in the same circle? How about adversarial Heathen Rokkr and a member of the Aesir? In a completely mundane context, many Pagans can not worship in the same circles because of their firm stances and views on the faith. We are a faith of individuals who will not be square pegs put in round holes and our deities reflect that in our choices of who we interact with in Magickal arenas. Speak to a credible Vodou practitioner about the consequences of invoking the wrong Iwa (Loa) and Orishas together and you’ll get an even more fiery response.

So does that mean that all deities are at odds with each other and can not be worshipped together? Certainly not. Lord Ganesh is a reasonable God who serves as the first vehicle to contact when dealing with Hindu deities but He will work well with the God Thoth because They have similar attitudes towards things. A good way to distinguish if Gods will work together goes back to researching the very nature of the Gods you interact with and evaluating your goals when dealing with Them. Also understand that invoking too many Gods of a similar theme can also have detrimental effects such as Goddess Kali and Sekhmet (but there are schools of thought that They are the same Goddess by a different name.)

Understanding your true intent in worship, interaction and spellwork can be very beneficial to the end result. Relying solely on your intuition can be hard to explain to others in a public forum when questioned about your ambitions. It’s always a wise idea to establish a firm relationship with Deities when dealing in cross-pantheon work so that all of you are on the same page. Randomly invoking Gods and introducing one sort of Magick into another can have disastrous results and also serve to offend others within your physical magickal circles. Don’t be discouraged, there are many cross-cultural beliefs that jive well but it’s up to you as a responsible practitioner of your will to discover those unique combinations.

There is certainly no harm in learning something new, right? I speak from experience as a practitioner who worships a diverse group of Gods and Goddesses from many different cultures. What are your experiences with syncretism in your work? Please comment below and share some of those wonderful ideas or maybe some of your misgivings? Thank you for reading along!

Hermit Crabs in Florida Hermit crabs, you’re not very social, mingling on the hot summer sand, like the dryness in my throat, Choking, inability to speak, They cling to reality, the way you cling to your shell, Desperate, they see what suits them, Triggered like a cannon, Weeping like a Willow, Hungry for plastic straws, […]

Gone is the cold, the wet, and gray I part the curtains in the way, Looking out into the endless expanse, I feign the fear and begin to dance, My feet dance and turn in fertile soil, Twisting roots in the mortal coil, From my heartwood I begin to grow, Rational thought is the seed […] 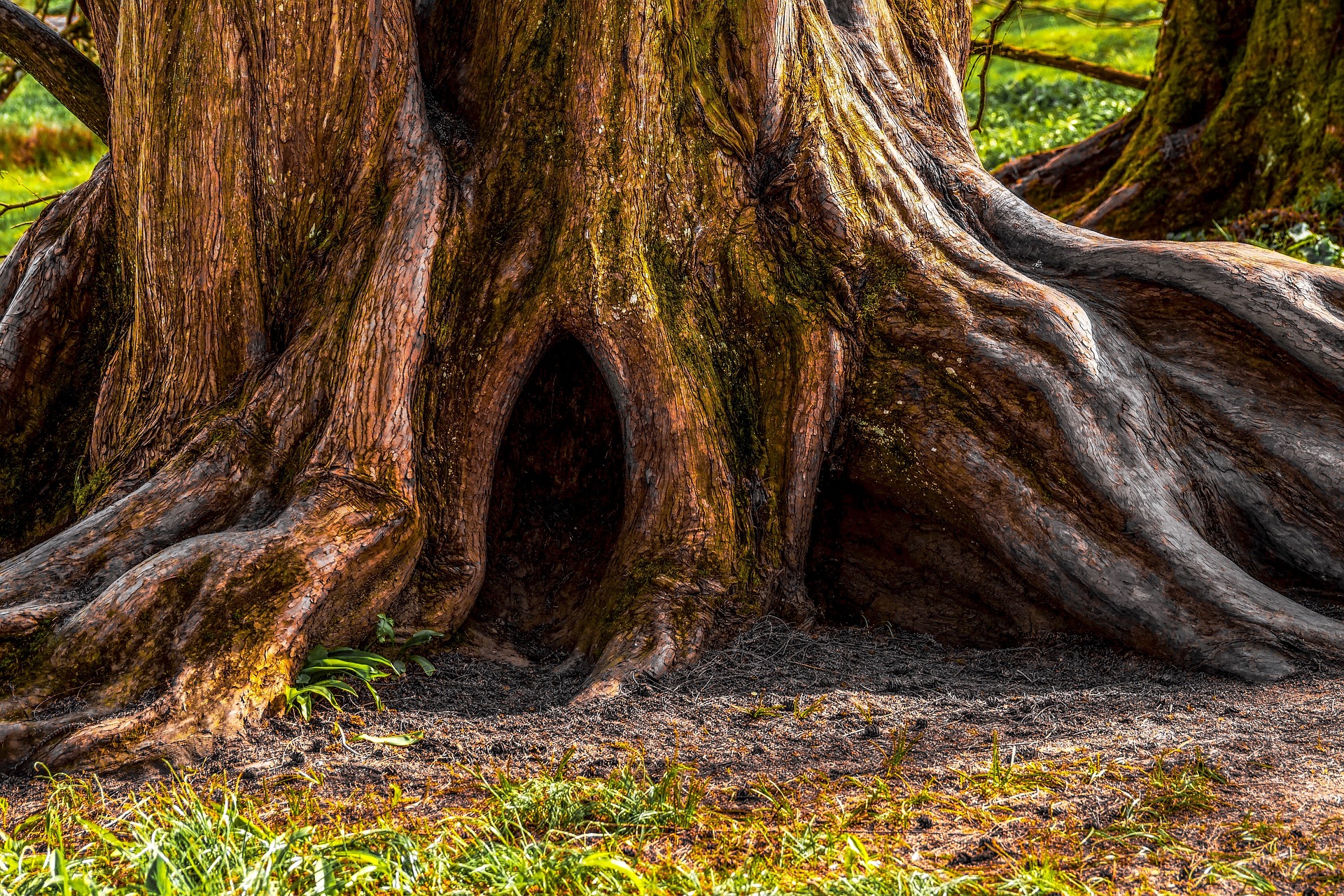 Spirits of Deeply Rooted, near and ’round, Hemlock Grove, to Ancestor Mound, Oaken Circle and Goddess Shrine, Awaken now, with Us align, In You, We place Our deepest trust, Above and so below,  Oaths discussed, Actions from thought, We can attest, Our desires come forward to manifest, In perfect love and partnership, Together we take […]

Just a small update for my viewers on this blog. I’ve taken to writing about Paganism over on Deeply Rooted’s website. This blog will remain online and will be used for non-Clergy related works. If you have questions about the Occult, would like a custom ritual written, or need to talk to a fellow Pagan […]

The Open Door By Shining Quill the Unicorn Once there was a dingy little goat who had a lust, and opening a door was a must, Keep pound on the door, keep knocking, An unsatisfied urge had been unlocking, They laughed at the little goat as she tried, and even made fun of her as […]